My guide dog and I 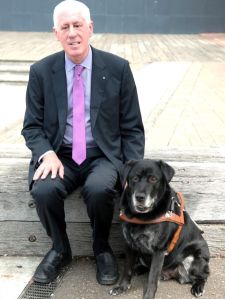 Wynyard has a large open concourse between the ticket barriers and the Wynyard ramp, and I was not sure Arrow and I could find the escalators in question without assistance. She would want to go straight up the ramp, as we had done hundreds of times before.

So I asked at the ticket barrier- “could you please tell me where are the escalators for Carrington Street?”

“where do you want to go?” replied the Attendant.

“I want the escalator up to Carrington Street,” I repeated.

“I’m meeting someone at the Carrington Street entrance,” I said, not really understanding why he needed to know.

“Ok,” he replied. “We’ve got a lift that will take you to that level.”

I’m sure this man was trying to help. But he, consciously or unconsciously, had made a decision that anyone else would make for themselves. He had decided that I and my guide dog could not use an escalator – something we do multiple times every day. He had excluded me.

Despite my reference to the escalator twice, he had decided that I needed to use the lift. His actions would result in me not arriving where I wanted to be – the top of the escalator.

This is a very minor example, which did not change my day much. I found someone else who showed me the escalator, and got to where I wanted to be.

But it is an example of something which happens many times every day to people with disabilities. Elizabeth Hastings, Australia’s first Disability Discrimination Commissioner, used to say that we swim in a sea of discrimination. People – consciously or unconsciously – make many choices which exclude us.

People park in accessible parking bays, removing the only parking option for people with mobility disabilities.

People leave obstructions such as shop displays, tables and chairs on footpaths, which people who are blind or have low vision run into, or who have mobility disabilities trip over or can’t get past.

People at meetings don’t use microphones when they are available, and exclude people with hearing impairments. 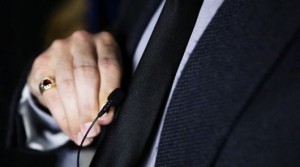 People stare at our difference – our skin condition, our wheelchair or our crutch.

People use words without pictures on signs, and exclude some people with learning or intellectual disabilities. 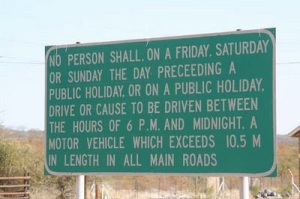 People use words like Mental, Insane, Retard or Spastic, or describe others as “turning a blind eye to my problem” or being “deaf to my concerns”. Language which hurts us, and sends a message that we are diminished because of our disability.

Laws and regulations sometimes, but not always, bar these actions. Or they provide a basis for people with disabilities to lodge complaints if we are discriminated against. But those laws do not stop the exclusion and discrimination from occurring. Because laws can change behaviours, but they cannot change attitudes.

We can campaign all we like in the disability sector. We can successfully lobby politicians to enact laws such as the NSW Disability Inclusion Act, or provide support through the National Disability Insurance Scheme. But without you, those benefits are significantly reduced if you make the choice – consciously or unconsciously – to exclude us.

(This blog was originally published on the “Don’t Dis My Ability” campaign website.)

3 thoughts on “We Need You”