Scarlet wanted to go to “the school in the bush” but was refused enrollment because her spinabifida meant that she sometimes used a wheelchair.

John wanted to go to the movies with his family, but the lack of captions meant that he did not know what people were saying, and he could not enjoy the soundscape.

Maurice just wanted to catch the bus, but the South Australian government was proposing to buy another fleet of buses which excluded him because of his mobility disability.

Bruce wanted to enjoy the olympic experience with his kids, but the lack of the ticket book in braille, or an accessible web site, meant that he could not.

Madeline and Stella had a passion for fashion, but their retail experience was restricted by the discriminatory policies of the clothing stores they wanted to attend.

And I just wanted to know where I was when travelling by train.

As the promotional material for the conference says “experiences of discrimination can challenge us. They can be isolating, liberating, frustrating or empowering. How we respond to discrimination can have a profound impact, both on ourselves and the people around us.” Profound impact sets the bar for our response very high, but I can assure you – from my own life experience – that those words are true.

When the call went out for exhibits, AAA received messages of loneliness, humiliation and vulnerability, but also received stories of generosity, hope and humour. We see all of those in the film.

I was really pleased to be asked to speak at this exhibition. Perhaps that’s because I watched Missy Higgins play from this very stage several weeks ago. So I’m fan-girling – if an old bloke can fan-girl – about being on the same stage as her.

The request to speak arrived when I was still Australia’s Disability Discrimination Commissioner. My time in that role ended in July of this year. And Senator George Brandis, the Attorney-General of Australia, chose not to appoint another full-time Disability Discrimination Commissioner, and not to have as the Commissioner a person with lived experience of disability. His actions just added another wave to that sea of discrimination, despite the fact that 40 % of discrimination complaints received by the Australian Human Rights Commission relate to disability, twice the total of the next largest ground of complaint. I note that he is appearing on QandA next Monday – perhaps this issue should be the subject of some questions to him.

Experiences of discrimination do challenge us. The film provides numerous examples. exhibiters were isolated by discrimination. Others were frustrated. But many were liberated. And many were empowered. I congratulate and thank all of you who shared your creativity around this issue. Arts is usually the catalyst for social change, and your work can act as incredibly valuable peer support, and as a call to action for many other people with disabilities. It shows us that we are not alone, and it encourages us all to challenge the discrimination we experience.

Because when we do challenge that discrimination, the results are often not only empowering and beneficial for us. The challenge not only affirms to us that we were discriminated against, that it hurt, and that we are fighting back. It can also benefit many other Australians with disabilities. Our response can have a profound impact.

Scarlet’s challenge to her school was rewarded with significant financial compensation, and the confirmation that Hills Grammar had broken the law. But the broader benefits were that publicity of her case showed this wrong to the Australian community, and now this school is welcoming children with disabilities.

John’s action on captions has led to the availability of cinema captioning and audio description on 230 cinema screens throughout Australia. We still have a long way to go, but many more of us than just John and his family have benefited.

Maurice’s complaint led to accessible buses being available on 50 to 60 % of bus routes in metropolitan Australia, with more to come.

Bruce’s complaint led to a large pay-out by Socog, and to web sites throughout Australia being more accessible to people who use screenreaders.

Madeline and Stella can now shop for clothes more easily, and their actions have led to an improved retail experience for everyone.

And when I catch a train I know where I am most of the time, as do millions of other Sydney train commuters.

The arts always lead cultural change, and all of the artistic and legal actions of which I have spoken have made a significant improvement to the environment for people with disabilities. So I congratulate you for that. But it’s not nearly enough – there is still much work to do before we can participate fully in the Australian community. So I encourage you to keep making those challenges – artistically and legally. And here are ten top tips from my experiences in this area –

Senator Brandis actions – taking away our Commissioner – have meant that our destiny is firmly in our hands. So I encourage all of you, artistically or legally, to challenge the discrimination which you experience. Don’t think that one individual action can’t make a difference – because the reality is that it is only the action of individuals which does make a difference. Your challenge to discrimination will affirm your view of the damage that it did to you, and make a better and more inclusive society for us all. 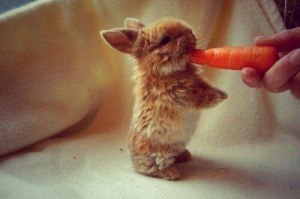 I wake in the morning – there’s an app for that.

I check the weather – there’s an app for that.

I look at Twitter – there’s an app for that.

I check my emails – there’s an app for that.

I send a text – there’s an app for that.

I navigate my environment to a place I have never visited;

I read a book or document;

I browse the web;

I listen to the cricket from overseas;

I operate my home music system;

I listen to podcasts.

My life with my iPhone, it’s my favourite possession. But it only works if the apps are accessible.

It’s my life – one of the Twenty Years Twenty Stories with which I was involved at the Australian Human Rights Commission related to Geoff scott. He just wanted to make a TTY call when everyone else made phone calls. In those days phones were provided as part of the rental, but TTY’s were not. Telstra opposed Geoff in the human rights commission, but they are clearly a company who can change. They have adopted the bunny approach.

They now support the TTY scheme, but do lots of other things to support access to the telephone system – landline and mobile – and the internet for people with disabilities.

The Convention on the Rights of People with Disabilities, which I like to call the DisCo, promotes, through Australia’s international commitments, a new approach to and for people with disabilities. We are no longer to be viewed as objects of pity and charity. Rather, we are to be regarded as subjects and citizens, and as the bearers of rights, in the same way as other citizens.

The Disability Discrimination Act and equivalent legislation in each State and territory, provide a mechanism to lodge complaints if app developers do not make their app accessible.

This convention, and the legislation which supports it in most countries of the world, is only worth the paper it is written on if it is not put into practise.

There are two ways in which this can be achieved. One is that people such as Geoff Scott and Bruce Maguire, who are prepared to lodge discrimination complaints, could lodge complaints against app developers who do not make their apps accessible. That is the stick to enforce the Convention.

Congratulations to all the app developers who have adopted the bunny approach, and who participated in Accan’s accessible apps competition. I regard you all as winners, for joining us in the journey towards a society which includes everyone, not just people without disabilities. Keep eating those carrots – I’m sure there is an app for carrot selection.

(Graeme Innes likes nothing better than eating a raw carrot, and is a devotee of Bugs Bunny.)

You’ve gotta love a movie with an excellent story line which you can watch in five minutes! I have twenty of them for you. Here are the last five.

Watch these stories with me, because they show how the actions of the main characters changed their lives, and the lives of thousands of other Australians with disabilities. I’ll give you my review, then you can watch the movie.

Rockwheelers:
A man’s struggle to take control of his life, and live it positively, is assisted by being accepted as a member of a sporting team. http://www.humanrights.gov.au/twentystories/video-rockwheelers.html

A school in the bush:
Scarlet just wanted to go to school. But she needed all of her seven-year-old tenacity, and the support of her parents, to challenge the discrimination she experienced. http://www.humanrights.gov.au/twentystories/video-school-in-the-bush.html

Building better lives:
Far too many Australians with high support needs are stuck in nursing homes. These stories show how better lives can be built. http://www.humanrights.gov.au/twentystories/video-building-betterlives.html

Presumed guilty:
Marlon Noble is one of a small number of Australians who are in prison but never convicted of a crime. This law must change. http://www.humanrights.gov.au/twentystories/video-presumed-guilty.html

Let me win:
Sekou loves to race, and all he asks for is an equal chance of winning.

These are the final movies in the series.

Which ones are your favourites? Comments are very welcome.

You’ve gotta love a movie with an excellent story line which you can watch in five minutes! I have twenty of them for you. Here are the second five.

Watch these stories with me, because they show how the actions of the main characters changed their lives, and the lives of thousands of other Australians with disabilities. I’ll give you my review, then you can watch the movie.

Greg’s height prevented him from using most accessible taxis. So he checked the measurements, and found that they were not complying with the relevant standards. He drove change for himself, and hundreds of others. http://www.humanrights.gov.au/twentystories/video-driving-change.html

A call for support:

Parenting duties should not continue into your seventies, but the system is letting down two adult sons with mental illness. http://www.humanrights.gov.au/twentystories/video-call-for-support.html

A fantastic story of living life “just like my brothers” and the plans for getting to Gracelands. http://www.humanrights.gov.au/twentystories/video-dees-place.html

A Grand entrance but not for all:

Two queenslanders buck the system so they can share the grand entrance with everyone else. http://www.humanrights.gov.au/twentystories/video-grand-entrance.html

All I wanted was for Sydney Trains to tell me the next station, just as their signs did for everyone else. Three years, and hundreds of thousands of dollars in legal fees later they do. http://www.humanrights.gov.au/twentystories/video-graeme-innes-railcorp.html

Tune in for more movies in future blogs. Or if you just can’t wait, watch them all now.

Which ones are your favourites? Comments are very welcome.