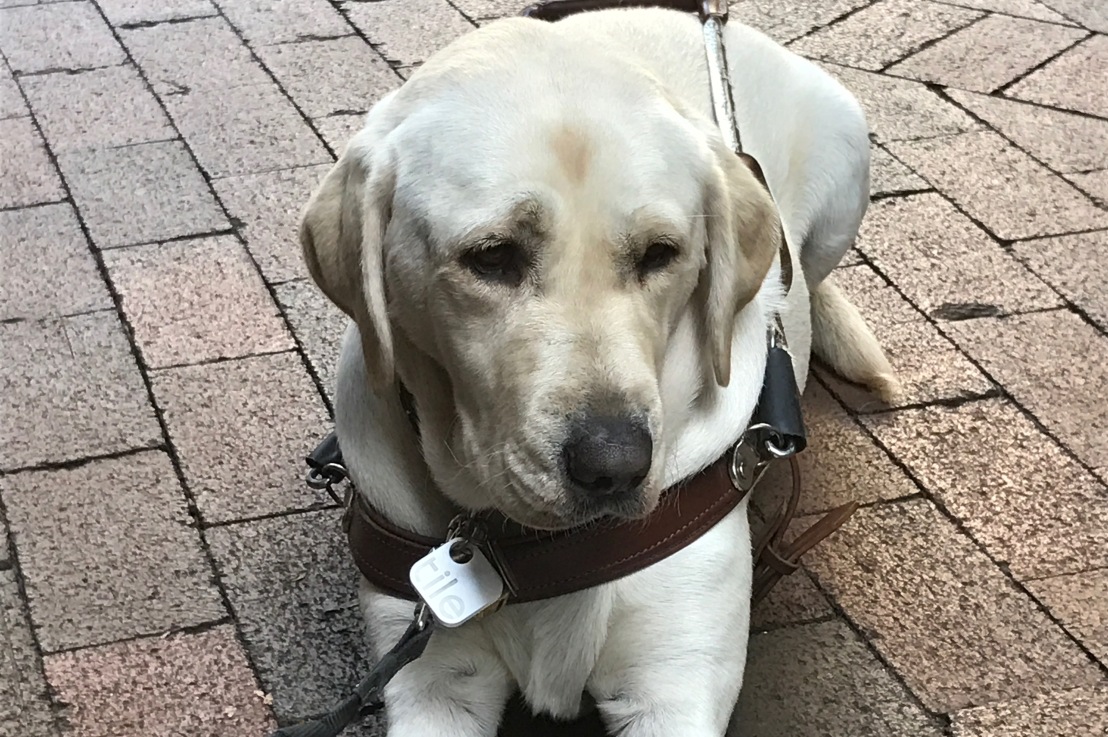 Or why Qantas doesn’t need to know my handle

As you know, the Old Dude flies a lot. And of course, I tag along (we’re in Perth at the moment).

It’s cool. I wriggle in under the seat next to him, and there are always crumbs to clean up. I also get lots of admiration from the other passengers and airline staff, which of course I try not to notice. After all, I’m working and it’s not good for me to be distracted.

I wish they wouldn’t try to pat me and talk to me though. I’m trying to work dudes. Take a chill pill and let me do my job.

So, Qantas have introduced a new policy for assistance animals. And they want to know stuff which is — well — pretty in your face. Not the sort of stuff a young female dog likes to reveal.

First, they want to know where I was trained. I wonder if they ask the other passengers what school they went to. So, I tell them Guide Dogs NSW. And the Old Dude puts it in his Frequent Flyer profile — don’t want to have to answer this stuff every time we book. We have lives, you know.

Next they want my length. When you flew last, did they ask you how tall you are? No way. But 60cm goes in the profile — not including my beautiful tail of course.

Next they want my weight. Now come on. Personal as. And I’m a Labrador — you know we enjoy the odd snack or 30. And I see some pretty heavy dudes getting on those planes — not to mention the ones who are carrying a few extra kilos. Do they ask you your weight, or weigh your luggage? Come on Qantas, get a grip. Yet again we’ve chosen not to rock the boat — so we’ve put 30kg in the profile. Well that’s close enough, right. And it’s usually on the mark — unless I go for a big chew-out.

But then their last question for me crosses a line. They want to know my name. And I know what will happen if I tell them. They will put it in the flight manifest, and every flight attendant will think it’s ok to talk to me and distract me.

Well it’s not ok. I have a job to do. And if I don’t do it properly then the Old Dude is not safe. So, distraction, and using my name, is seriously uncool. I bet Qantas didn’t consult any dog handlers before they introduced this question.

But again, the Old Dude has come to the rescue with another one of his bright ideas. He has them occasionally, although don’t tell him that or it will go to his head.

We put his name, Graeme, down as mine. So, when those sneaky distractors think they’re talking to me they’ll just be talking to the hand. And he’ll answer them, which is the way it should be. Humans should talk to him, not to me. I’ve got work to do.

Job done. And I’ll just get on with my work. And the occasional crumb on the floor of course.